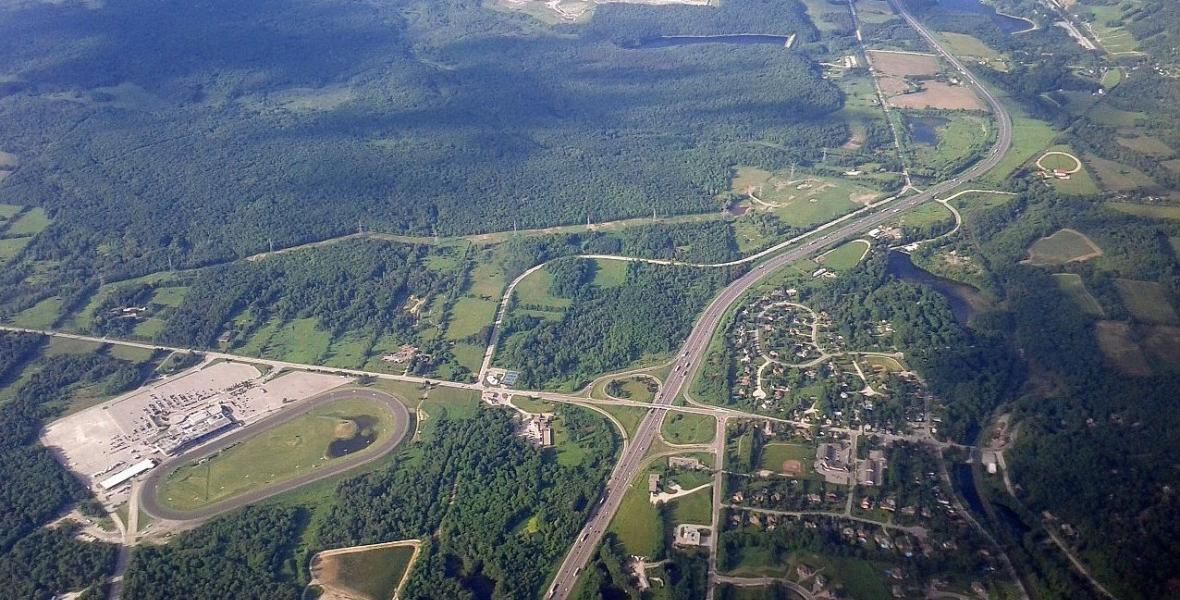 Wellington Water Watchers (WWW) is a non-profit organization primarily run by volunteer citizens from Guelph-Wellington committed to the protection of local water as well as educating the public about threats to watersheds.

WWW believe in protecting ecosystems by applying the precautionary principle of proving no harm, beyond doubt, before undertaking projects that could be harmful to water resources. They seek constructive engagement with those who affect local water policy and accountability from corporations.

WWW is well known for its advocacy work to end water bottling for profit in Ontario, but the actionists recently partnered with nearby towns and municipalities that found themselves fending off corporate interests intent on putting profit above municipal water security. Foremost among the emerging threats to local water safety and security is an aggressive expansion of aggregate quarrying in Rockwood and Campbellville.

"The aggregate operations might not be producing two plastic bottles for every litre of water it pumps out of the aquifer the way Nestlé does," says chair of WWW's board of directors Robert Case, "but the risks they pose to ground and surface water sources are utterly startling. Aggregate is certainly needed for development, but Ontarians should be very concerned about how this industry operates and the risks it poses for all kinds of things, including source water."

Seven years ago, CRC began fighting an application by James Dick Construction Ltd. (JDC) to open a 61.5-acre gravel pit on land zoned agricultural at Highway 7 and 6th Line Eramosa. The quarry just west of Rockwood would extract 700,000 tonnes of stone, sand and gravel for at least the next two decades.

Highway 7 is less than 100 meters from the proposed blast perimeter and will potentially be in the path of flying debris. Greg Sweetnam of JDC has been quoted as calling this concern fear mongering, but lived experience has proven that rocks have been sent flying into busy intersections and onto roadways causing damage to passing vehicles.

JDC's current plan includes blasting 21 metres (70 feet) below the water table in the quarry and that could allow contaminated surface water to enter the groundwater through natural fissure fractures and pores in the limestone bedrock. Contaminated groundwater could then infect the city's municipal well as well as private wells downstream from the quarry, setting the stage for another Walkerton crisis.

If Hidden Quarry begins production, residents of Acton will have to resign themselves to one gravel truck driving down their main street every 90 seconds, six days a week for the next 20 years impacting traffic congestion, air and noise pollution, property values and quality of life.

JDC recently purchased an additional 200 acres of farmland on 6th Line and will be assessing that property for aggregate potential as well.

WWW believes every campaign to protect water in one community protects water for everyone so it is also partnering with the Association of Citizens Together in Our Nassagaweya (ACTION Milton).

Some 25 years ago a gravel pit was operating in Campbellville located in the town of Milton. The pit had been inactive for over 20 years and the company's license was revoked in 2008. During that time, a vibrant suburban neighbourhood established itself and the quarry property transformed back into a thriving natural habitat enjoyed by local residents.

Two years ago, JDC purchased this land with the intention of reactivating the gravel pit. Unfortunately, that would destroy this naturalized paradise. According to ACTION Chair George Minikakis:

"Residents want it to be sold back to the town, region or the conservation and turned into a park. There will be amazing nature trials, fishing, swimming and wild life to observe. In fact, if James Dick Construction Ltd does philanthropic work this would be a great way to agree with us and leave this land alone. It would be better served for the community as a park."

If the application is approved over 990,000 tonnes per year of stone, sand, and gravel could be accessed via underwater blasting from the now defunct quarry. Issues that concern residents include impact on water quality, air quality, excessive dust, traffic noise and congestion, economic impact on the casino which provides significant income for the town, emergency medical services being caught up in traffic, and the impact on wildlife and wetlands.

When Halton Regional staff became aware of the application in August 2018, they immediately filed a letter of objection with the Ministry of Natural Resources and Forestry. The town of Milton and Conservation Halton have also filed letters of objection.

Minikakis claims, "James Dick Construction has made no effort to contact us to discuss our issues. They have as we understand it met with the town of Milton and Halton Region. Not sure about the Conservation Authority. There is no environmental assessment/review planned as far as we know at this time. Although there should be and Premier Doug Ford should be the one asking for this."

On May 8, 2019 ACTION held a public meeting attended by over 300 people. Minikakis says:

"The community is outraged that this is actually happening, they all came to the meeting each with their own concerns. They listened to our legal counsel. The Mayor of Milton Gord Krantz, Lisa Raitt MP for Milton, Regional Councillor Colin Best and Councillor Kristina Tesser Derksen all made a presentation. Toward the end of the meeting and with less than 30 minutes left we were able to raise over $100,000 dollars and we anticipate the contributions to continue to come in to hire technical experts and scientists."

Guelph, Rockwood and Campbellville advocates know that this is all about location and the ability of an operator to gain competitive advantages. Quarry owners see being close to market as ideal in order to secure business. Minikakis sees this as:

"An outdated supply practice and this is what puts aggregate operators at odds with communities. The aggregate industry needs a better supply-chain management system, and I believe it is one of the few resource-based industries that doesn't have one. Because of that communities are continually at risk with their water table, quality of air, prone to more noise, dust, traffic from 60,000 to 90,000 trucks per year that doesn't include service and employee vehicles."

What is also at risk is the town of Milton. In December of last year, Milton issued a boil-water order. Over 20,000 people get their water from the Kelso Wellheads which are also fed from the same aquifer where the community gets its water. That aquifer happens to be on the land that JDC bought in 2016. The town and the region had been working on rezoning that land for close to a decade, but JDC is challenging that change.

Milton currently receives $118,000 in weekly revenue from the Casino at Mohawk Raceway. There's real concern that an active quarry will deter visitors and severely impact the town's revenue. JDC has offered about $800 per week to cover road repairs which hardly seems a good deal for voters and tax payers.

"The provincial government is the only body that can step in right now and intervene," Minakakis says.

"I'm asking Doug Ford to step in and intervene now because it's not right for the community. I would like to meet with Premier Doug Ford in person. I am not an environmentalist or an activist, I am a business person with a great deal of global experience. What we are seeing potentially happening to our community is fundamentally wrong on many levels. I have attended Conservative meetings and I have heard thepPremier speak, I believe he will listen to a reasonable and responsible business person."

Action Milton is holding a community update meeting on Wednesday, July 24, 2019 at 7 p.m., at Hitherfield School in Campbellville.

Lafarge Quarry is hosting a public information meeting on Wednesday, July 24, 2019 from 6 to 8 p.m. at Victoria Recreation Centre, 151 Victoria Rd. North, Guelph. Lafarge operates two quarries in Guelph/Eramosa and is looking to add a third.

Editor's note: This article was updated to clarify the ownership and operation of the gravel pit in Campbellville.