Some Residents are Furious with the Campbellville Reid Road Quarry Proposal 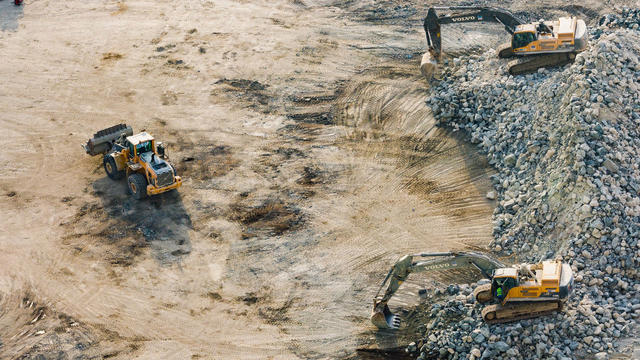 James Dick Construction Limited has filed an application to the Ministry of Natural Resources and Forestry in the hopes of reactivating a former gravel pit and quarry located at 9210 Twiss Rd., in Milton.

The land in question is formerly known as the Woodlawn Guelph Campbellville Pit which had its licence withdrawn back in 2008.

Currently, according to a Halton Region report, portions of the land are zoned to allow for extractive uses. However, the entire site is not designated for the uses, in accordance with the regional official plan and the town of Milton official plan, that James Dick Construction is proposing.

However, if the application is approved, this would allow for 990,000 tonnes per year of aggregate - a technical name for stone, sand, and gravel - by underwater blasting from the proposed quarry.

Halton Region staff became aware of this application back in August of 2018 and filed a letter of objection with the Ministry of Natural Resources and Forestry in September.

Likewise, the town of Milton and Conservation Halton have also filed letters of objection.

Similarly, there also many residents who are opposed to this quarry.

According to George Minakakis, chair of the Association of Citizens Together in Our Nassagaweya (ACTION Milton Community), there are a number of risks associated with this application.

“There’s a number of risks that have come to light and we’re not getting reasonable assurances that things are going to be okay,” Minakakis said. “Where the land is, it is the aquifer that actually helps supply water to a lot of the wells in the entire area. [so,] One issue is the water, the other issue is how does this change the air quality in the area?”

However, these are not the only issues that Minakakis identified.

There are other concerns with this proposal, as noted by Minakakis, including traffic congestion, noise, and the financial impact if this quarry were to be approved.

All these concerns that have been raised are outlined in greater detail on the ACTION Milton Community website, along with additional concerns.

According to the website, blasting at the quarry could potentially open pathways that allow surface toxins to contaminate groundwater, blasting could impact Kelso wells, and private wells of residents, emissions from blasting could result in air pollution, in addition to impacting wildlife and wetlands, and fly-rock from blasting could cause property damage and/or personal injury.

Overall, in regards to the application, Minakakis notes that there are too many risks that would impact the community.

With that being said, the ACTION Milton Community group is working to fight this proposal.

In addition, the group is also raising awareness in the community.

“[We have] social media, a website, we’ve put out flyers, and we’ve had community meetings as well,” Minakakis said. “Our most recent community meeting was last Wednesday [May 8, 2019], [and] in 30 minutes we raised over $100,000 from the community supporting us and about 300 people in the room.”

This money will go towards technical experts and scientists who can provide the group with more information so they can argue their points.

The good news, however, according to Minakakis, is that the town, along with the region, and Conservation Halton, is also opposed to the quarry.

And, in a report that will go to council on May 27, 2019, it was noted that town staff will recommend that Milton maintains its objection to the proposed quarry, pending the completion of the review of the application.

However, Minakakis is calling on the provincial government to take action.

“The provincial government is the only body that can step in right now and intervene,”Minakakis said. “I’m asking Doug Ford to step in and intervene this now because it’s not right for the community.”