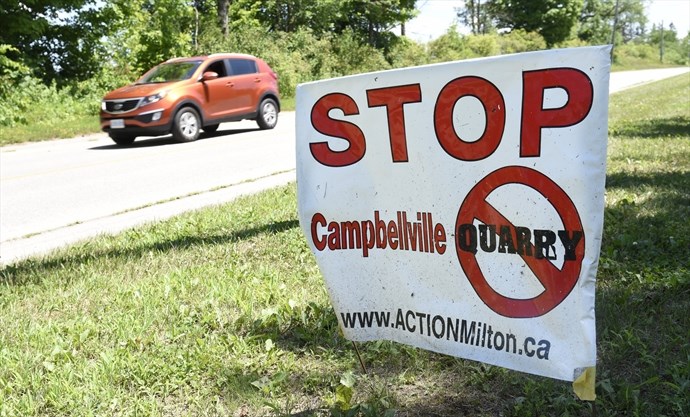 In a unanimous decision, Milton council members have passed a motion asking the province to provide more details regarding the plan to stop the proposed quarry in Campbellville.

The motion seeks written clarification from the provincial government outlining the mechanism by which Ontario intends to stop the Reid Road Reservoir quarry application from proceeding and the timing for the implementation of the mechanism.

The motion also states that the ongoing joint agency review team (JART) process, a collective undertaking by the Town of Milton, Halton Region, and Conservation Halton to evaluate studies by the applicant, might be rendered redundant if the province takes action to stop the proposal.

Prior to the vote at the Aug. 24 council meeting, Coun. Colin Best, who moved the motion, said that it’s “unprecedented” to have a premier intercede in a quarry application.

Best was referring to the statement made by Premier Doug Ford during his stop in Milton back in July, saying that his government “will make sure that it doesn’t happen.”

Coun. Kristina Tesser Derksen added that it’s fairly rare to get such comments from the province. They would like to “strike while the iron is hot” to get further clarification and commitment from the provincial government.

A copy of the resolution will be circulated to the Region of Halton, Conservation Halton, MPP Parm Gill, and other MPPs in Halton.

Echoing the premier, Gill shared at a community meeting held by ACTION Milton earlier this month that he’d be making an announcement in the near future that will put an end to the proposal.